How to Pay Less State Taxes with State Tax Credits 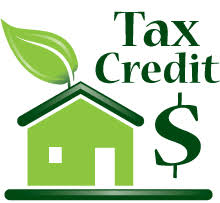 Are you aware that you can pay less state taxes than you currently are by using state tax credits?

I meet with a lot of people – business owners and non-business owners, and I would say that 95% of them had no idea that they could take advantage of this opportunity. And it’s pretty simple actually.

Here in South Carolina, there are numerous tax credit programs that you can take advantage of.

For example, someone owns a lot of land and puts a conservation easement on that land. In doing so, South Carolina gives them state tax credits they can use on their tax return. If they cannot use these, they can sell them to another taxpayer. You, as the taxpayer, can purchase these at a discount, and use them on your own tax return. You may pay 85 cents for each dollar of state tax credit, thereby effectively paying your state taxes at 85 cents on the dollar.

Another example…a developer converts an old mill to condos. In doing so, they generate tax credits issued by the state. Developers can then “sell” these tax credits to taxpayers like you to help fund their project.

Other states have these programs too, all in the name of generating economic activity.

For example, if you owe taxes in Georgia, you can purchase Film Tax Credits, which are tax credits film production companies generate for filming in Georgia.

These tax credits sell quickly too, so the earlier in the year you can purchase them the better.

As part of your overall tax planning strategy, state tax credits should be something that you take into consideration to pay less overall taxes.